Digital & IT culture, Future of work

Launched in 2013 by Delphine Remy-Boutang with The Bureau, the Digital Women’s Day promotes the role of women in business and the technology sector. The purpose of April 17th is to raise the voice of these connected ladies, who are still under-represented in Belgium.

In order to highlight them, we interviewed an influential woman of the Belgian Tech’ scene: Cécile Gonfroid.

Elected “CIO of the year” by DataNews in 2013, nominated for InspiringFifty Belgium 2020 and designated “CDO of the year” in 2021… After more than 35 years at RTBF, the Chief Technology Officer never ceases to fascinate, thanks to her exemplary career and her visionary spirit.

After studying to become a producer at the Institut des Arts de Diffusion (IAD) in Louvain-la-Neuve. Cécile Gonfroid, Chief Technology Officer at RTBF, became a sports producer, and this for more than fifteen years. “I was the first woman to produce a Formula 1 Grand Prix and football matches,” she says. This was a first in Belgium, because in the 1980s, directing live sports, such as football, were usually ‘reserved’ for men.  Her integration into this environment, which is still considered to be very male, was therefore not easy… She was confronted with many stereotypes, linked to the woman who is uninterested in sports and incompetent. But it was these prejudices that pushed her and gave her the motivation to become the woman she is today… A strong, competent and recognized woman in different fields.

“The fact that there is a woman and she is a producer was already a great challenge!”

Even though she prefers the field, it is towards management that she turned in the middle of her career. “The advantage of RTBF is that they accompany us in a career plan, so I followed training and certifications… I also did an Executive Master at Solvay in IT governance” she says. Afterwards, she became production manager at RTBF, where she was in charge of all TV programs. For 15 years now, she has also been a member of the Executive Committee alongside, the General Administrator and the other six divisions.

It was during her time as production manager that she became aware of the problems of the RTBF’s IT department, which she felt was too “opaque”.

Cécile Gonfroid explains that it was necessary to revitalize the company’s entire technological organization by bringing it together to a single point. “We brought together the skills with processes, we set up governance, and we had to upgrade the skills of some people, for them to become multi-skilled”. It also shows the positive impact of digitalization on the company’s operations. “If all our publishing workflows had not been digitalized, we would not have been able to develop our platforms, such as Auvio“.  This digitalization of production processes has made it possible to cross-reference data efficiently, across all RTBF’s platforms.

But that is not all. RTBF’s digital transformation is not only aimed at its audiences. Indeed, the company has also worked on internal digitalization. “All our processes, office automation, HR and finance are completely digitalized within the company.”
She says that this digitalization of media has made it possible, for the majority, to get past the pandemic. 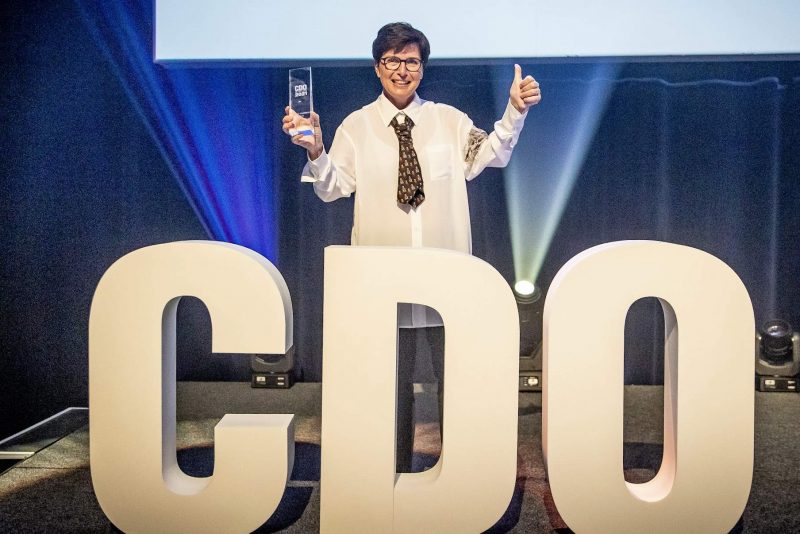 @CDOofTheYear
Cécile Gonfroid was elected “CDO of The Year 2021”. An award highlighting RTBF’s digital strategy supported by its entire team.

The digital landscape has evolved rapidly over the last few years, and dependency on its tools has increased since the confinement… For her, it is necessary to raise awareness about digital exclusion. According to a study by the UCLouvain in 2021, 40% of Belgians are in a vulnerable situation when it comes to digital technology, due to a lack of money or skills.

The Chief Technology Officer reminds us of RTBF’s public service missions: to inform, entertain and educate.
“Our public service objective is to reach everyone, young people, the over-60s… Today, we cannot go “digital only”  and stop radio and TV”. She continued on the educational mission of the media. “We have an educational role to play in helping the public, not only to listen to our content, but also to explain how it works”. According to her, modernizing is an excellent thing, but we must be careful not to widen already existing digital gap.

“We have to keep our public service values, our own content… So that we can keep our place in this changing digital world!”

The new challenge of diversity

Even if we have to pay attention to the societal impact of digital issues, Cécile Gonfroid also raises awareness about the lack of diversity in some specific sectors, particularly technological ones. “We need diversity, all socio-cultural classes, all ages…”. She is opposed to quotas, which she considers irrelevant, because they certainly encourage diversity, but not inclusiveness. “In my recruitments, I have never said: “we must recruit women“. It is the person who has the best profile, the skills and who defends itself during the interview“. In our contemporary societies, it is employers who have the transformative power to contribute to a more open, diverse and inclusive society.

“We also need companies to make it easier for women to work, with childcare, flexible working hours and understanding”

Asserting yourself and gaining respect

Be confident in your skills

When you are a woman, imposing yourself in what is considered to be a male-dominated environment is not without consequences. Between reticence, criticism and moral harassment, Cécile Gonfroid talks about the difficulties she encountered during her career in sports, and her beginnings in the tech industry.

“When I was a producer and I was going to do a football or Formula 1 match, I got remarks” before continuing on the importance of trusting ourself. “For me, we have to say that women have their place […], we must not be the equal of men, we are complementary to them! Usually, women have this leadershift oriented side, that means that they tend to be more benevolent, listening and empathetic”. She also says that, in order to make a place for yourself, especially in technology, you have to express your opinion and value your work. “I have a male management, sometimes when I’m in a meeting, I’m the only woman. There is always someone who will make a remark. We need to be vigilant”.

“Women in tech are lacking in Belgium!”

Finally, she finishes the interview by advising women to never give up despite the obstacles. “During my first football match, a journalist from VRT came into my OB truck. He asked to speak to the director… I told him it was me, I thought he would faint! After 45 minutes of match, a well-known journalist in Flanders started praising me on air, saying: “it’s great to have a woman producer“. After that, I had nothing more to do, everyone wanted me to direct matches!

For Cécile Gonfroid, by proving yourself and having confidence in your skills, whether you want start into entrepreneurship or navigate towards your dream job, the fruit of your labor is always rewarded. 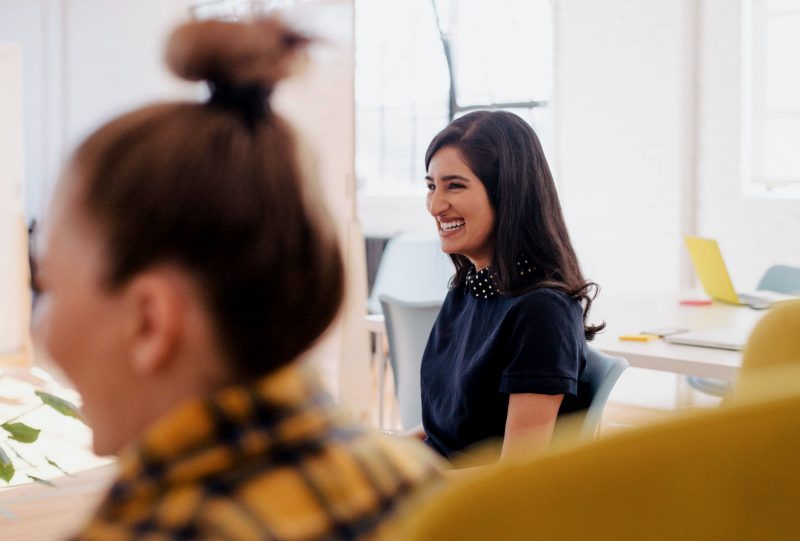 How To Grow As a Freelancer: 5 Principles To Live Well At Work And in Life!

How has my experience as a digital nomad changed my perception of work? 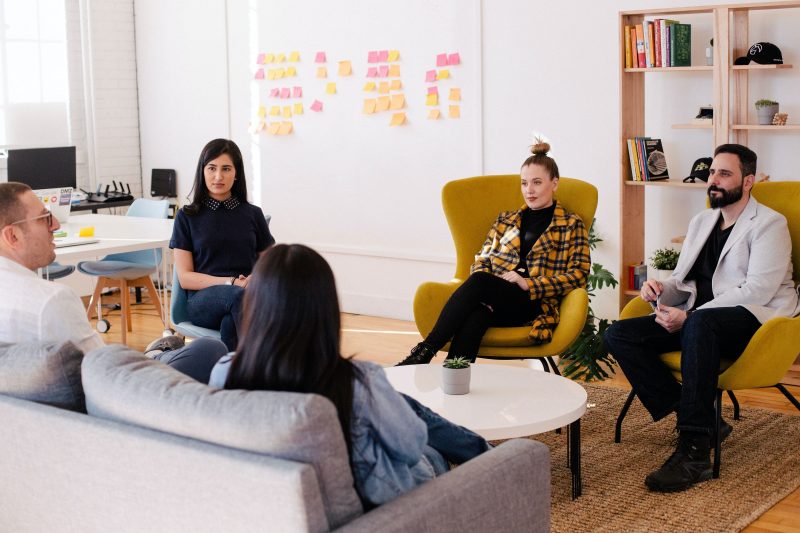 How a Strong, Supportive Network Helps Your Freelance Business